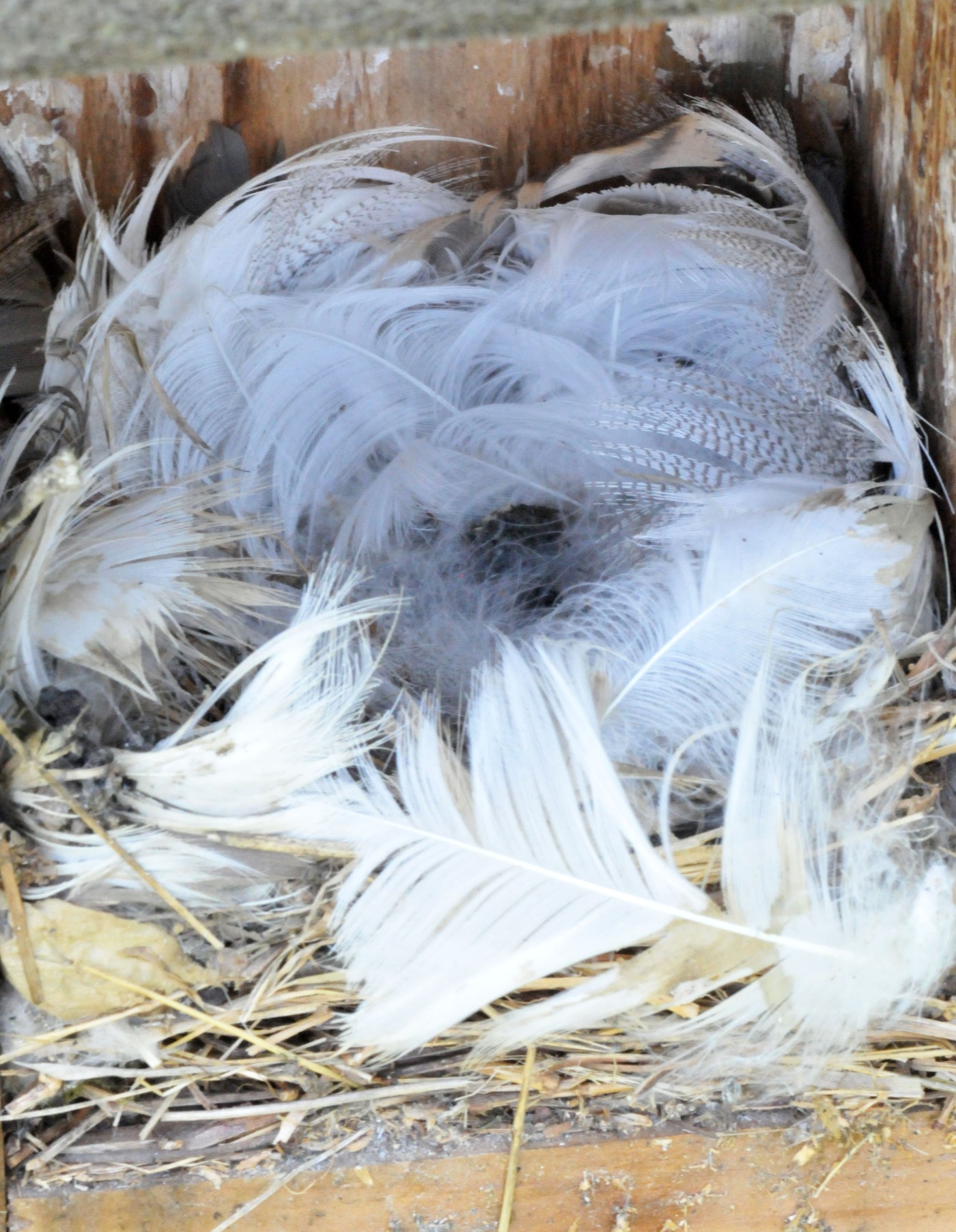 Time to Clean Up

We’ve been doing pretty well with the birds this year. So far we have hosted a few families – three House Wren, three Tree Swallow, and one Eastern Bluebird.  These are just the ones that used the nest boxes we put up in the garden.  The first Wren family has already fledged.  There were five chicks, but only four of them made it.  The second and third are still feeding their chicks, three in each nest.  Chicks from two Tree Swallow families had fledged few of weeks ago, four in the front yard and three in the back yard.  The chicks from the back yard were the ones who conducted their flight training over the garden.  The third Swallow family’s chicks, three of them, just hatched recently, although I think it’s a little late for the swallow.  I hope the chicks will be strong enough to migrate south in late summer.

A family of Eastern Bluebirds had settled in the old Swallow house after they were chased from their original choice by a House Sparrow.  They successfully raised three chicks.  They might start a second brood since we still hear the male calling from high up in a tree.  It would be really great if they do.  They are incredibly beautiful birds to watch.

But now it’s time to clean up.  I waited until the chicks were no longer coming back to roost in the nest boxes before I removed them for cleaning.  It dawned on me when I opened nest boxes, one after another, that this is probably how the phrase “Empty Nest” came to be; when the kids are grown up and have left to live their lives.  It was a sad moment but satisfying at the same time.  I’ll put the clean nest boxes back up after they have dried so the birds that want to start a second brood will have a chance to do so.

I’ve been keeping track of who nests where, so it’s a good thing to recognize the nest construction technique of each bird.  I am always fascinated by the Tree Swallow’s nest.  They line their nest with feathers, mostly white ones on top of a woven grass platform.  The images below are a little bit yucky since a few chicks were in there previously.  I think they are pretty interesting though, to see how different birds build their nests.